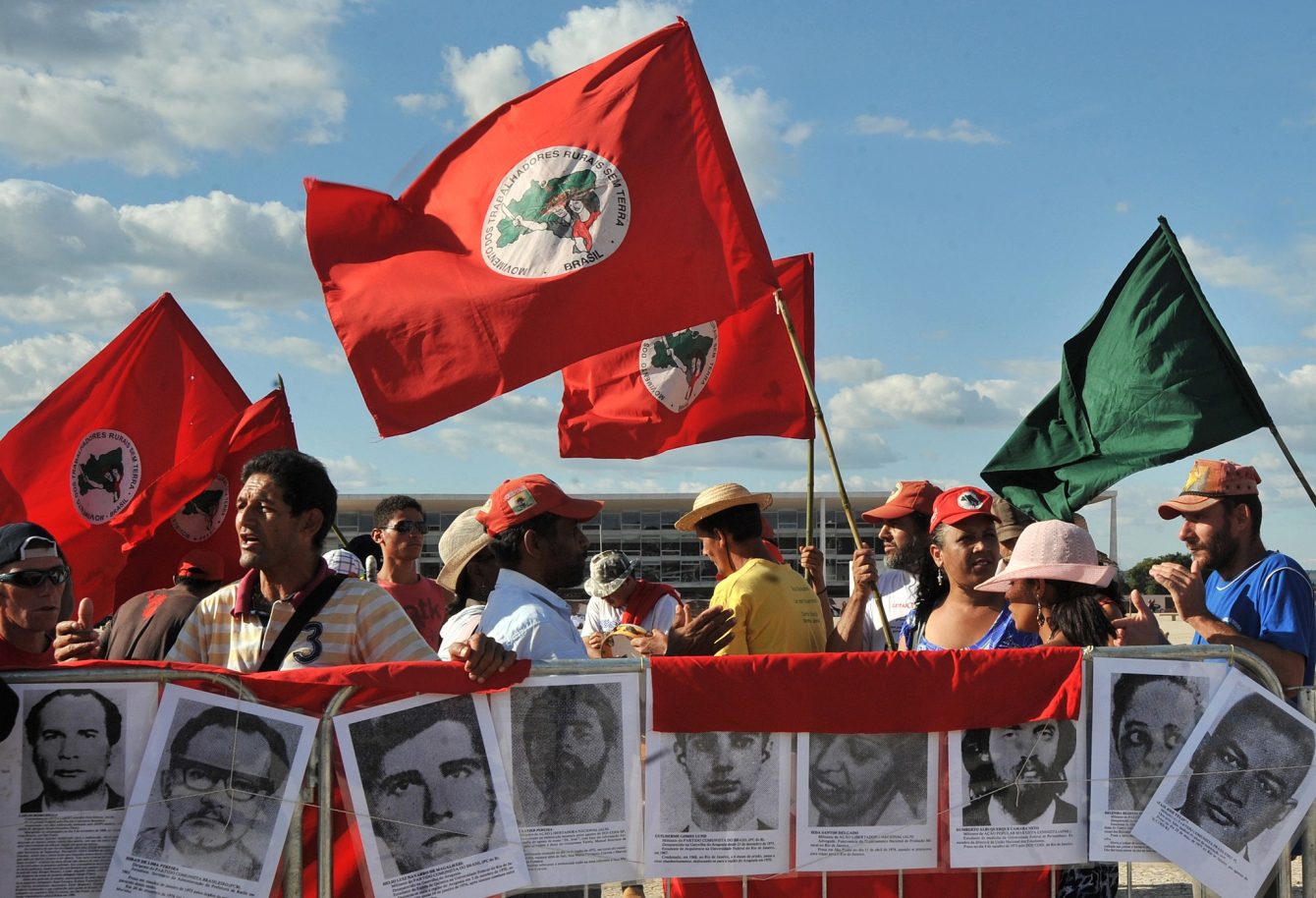 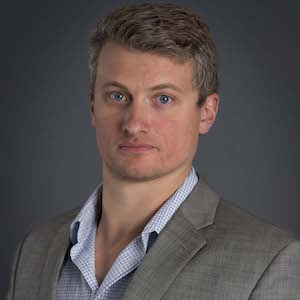 In 2011, I was living in Brazil, doing research for a book about the Landless Workers Movement (Movimento dos Trabalhadores Rurais Sem Terra, or MST). The movement has gained lots of attention, especially for its strategy of occupying land to demand agrarian reform. For those unfamiliar with the tactic, hundreds, or sometimes thousands of people squat on a part of some large-scale ranch or farm. And by large, I mean large – we are talking thousands upon thousands of acres. One ranch that was the target of the movement’s actions in the 1980s – Fazenda Annoni – was over 20,000 acres.

What allows the MST to occupy land is the social function of property principle that exists in Brazilian law. According to the law, if large-scale landowners let their operations fall out of production for an extended period of time, or in some cases, keep slaves instead of paying their workers, then the government may take their holdings and redistribute them to others. To ensure that the state takes the land from owners who break the law, the movement draws attention to an operation by occupying it.

Since emerging in the early 1980s, the movement has mobilized over 1.5 million people and helped members acquire over 350,000 acres.

Like most people who have heard of the movement, I was interested in the occupations. Yet, I was also interested in what happened after land was redistributed. I mean, there is plenty of inspiring imagery that exists of the MST organizing displaced farmers, rural workers, and marginalized people from cities in occupations. But how do these folks who become farmers keep the land that they fought so hard to access?

This part of the story led me to discuss with movement organizers the many other things that people struggle for besides land. For instance, the MST pressures state authorities to build schools. Once built, the movement then works with authorities to staff those spaces with allies. The MST also demands that state agencies provide technical assistance to new farmers. Similarly, the movement works with the government to hire people who have been trained in agroecology. Several universities in Brazil offer such training. The MST has a series of its own schools that partner with these institutions. 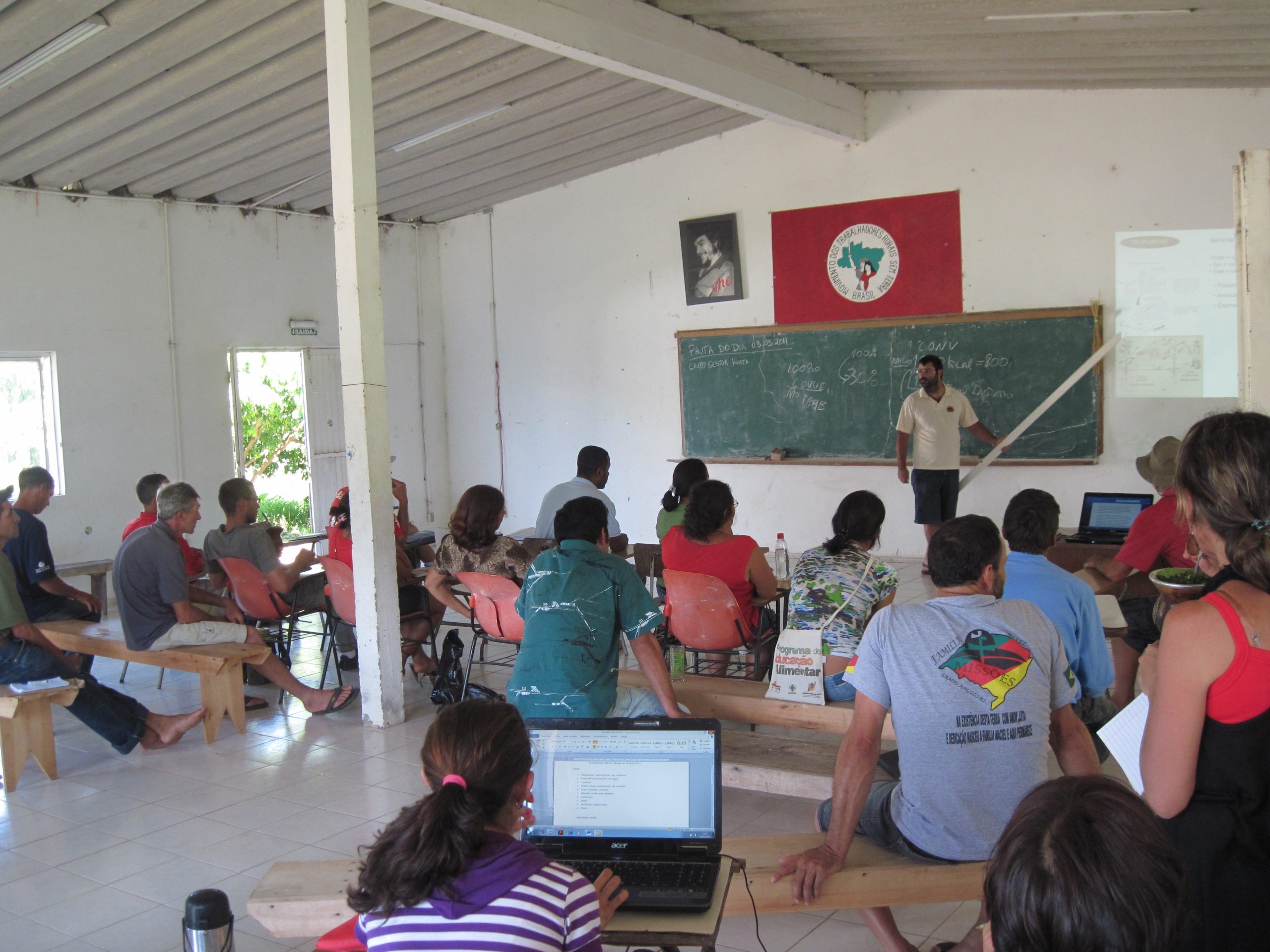 This is an MST-trained extension agent discussing with movement members agroecology in a school in the state of Rio Grande do Sul. Photo by Author.

Another critical element in this story is how the MST demands public policies to assure decent prices for their farmer members. After all, as important as a school is to a community, so are policies that enable the adults in the area to make a living.

One example of such a policy is PNAE (Programa Nacional de Alimentação Escolar/Brazilian National School Nourishment Program). PNAE functions by assuring that a certain amount of produce that schools receive comes from small-scale producers in surrounding areas. 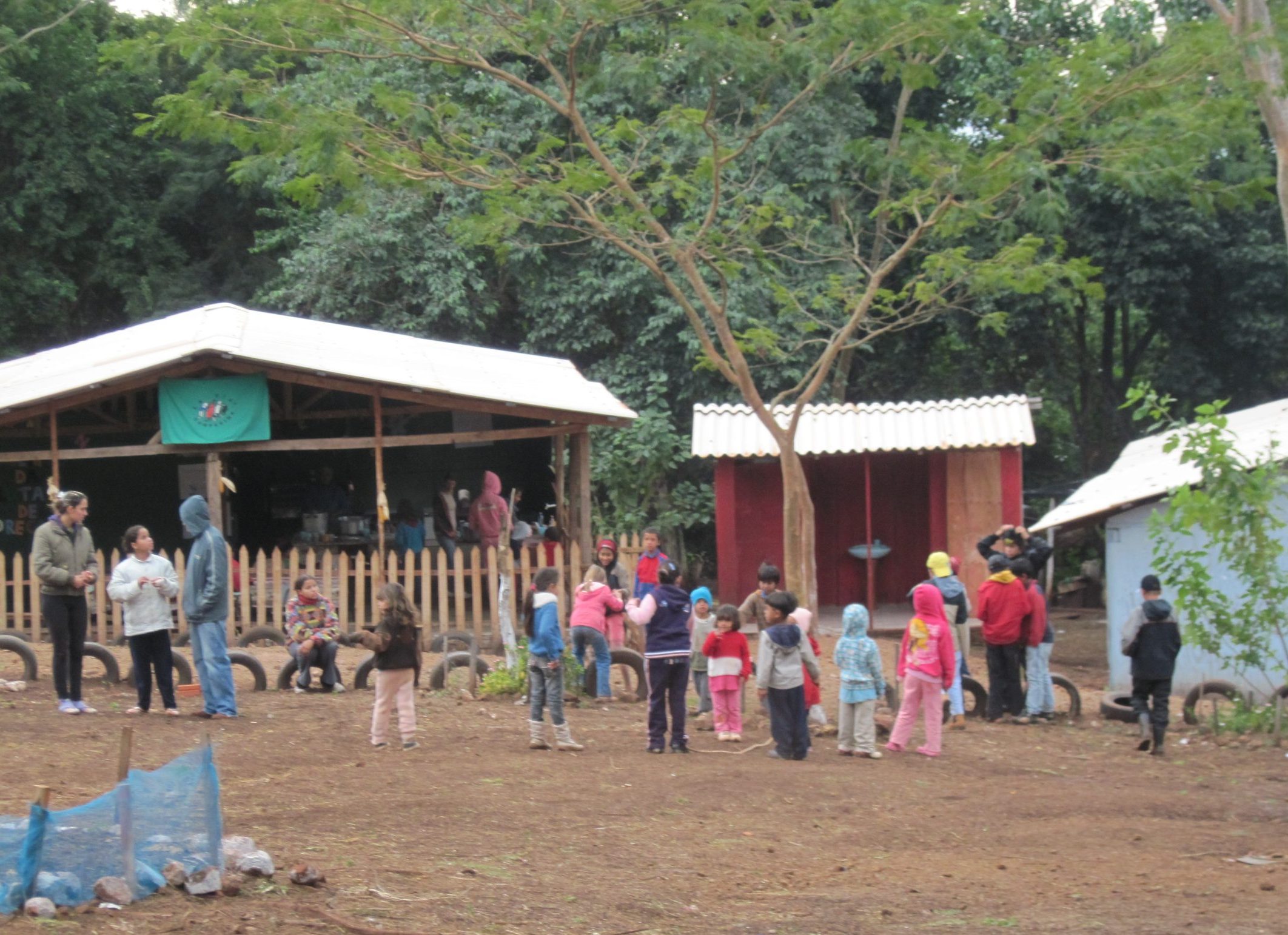 This is an MST-trained extension agent discussing with movement members agroecology in a school in the state of Rio Grande do Sul. Photo by Author.

There is also the PAA (Programa de Aquisição de Alimentos/Program of Food Acquisition). This program functions by the government purchasing produce directly from small-scale producers, then providing it to vulnerable communities who seek healthy food at places such as hospitals or food banks. Moreover, the program keeps reserves of many products, including grains, fruits and vegetables, and seeds. Taking product off the market at certain times, as the PAA does, functions to raise prices when they fall below a certain point.

Learning about the movement activities and these public policies made me think of one word – parity.

From Brazil to Wisconsin

While I never heard an MST activist speak of parity specifically, my grandfather talked about it a lot when I was growing up. He was particularly active in the National Farmers Organization (NFO) in the 1960s and 1970s. At this time, my family and our neighbors who also were dairy farmers, dumped milk to limit production and demand better prices from processors.

I grew up on our family’s dairy farm, which is in Eastern Wisconsin. My family still retains the land, but the cows are gone. What hit us particularly hard were the changes that came in the 1981 Farm Bill, which essentially removed pricing provisions for dairy. Then drought hit. I remember walking in the fields with my grandfather, with cracks so deep that you could drop and lose a roll of quarters. Having to buy feed when we couldn’t grow our own added to our debt. Our farm increasingly became financially unstable. Those that expanded operations with more cows increased production to earn more. As they did so, they drove prices down as milk supply surpassed demand.

We managed to stick it out, for a time.

My mom, from her off farm job at the school, helped the farm stay in operation. Such a situation is way too common. Of the approximate 2 million or so operations in existence in 2019, 72 percent required non-farm earned income to survive.

Specifically, we can look to the USDA’s parity pricing metric. As we are learning from the Disparity to Parity essays, parity includes discussions of environmental sustainability and racial justice. The New Deal basis for parity policies, as George Naylor and Brad Wilson explain, focus on ensuring a fair income for farmers. In this way, the metric itself assesses not only cost of production measurements for agricultural inputs, but also non-farm expenses such as clothing and healthcare. The measurement identifies prices that a farmer should receive so that their net income would be commensurate with what non-agricultural laborers receive.

What we see is that from 1970 to 2018, the prices that farmers received as a percentage of the parity metric, on average, went from 62 percent to 29 percent.1

Data from USDA; assembled by Author. For every year, I took the parity percent price from December. Files available here.

There are a few things to note here. First, this consistent decline in the percent of the parity price that farmers receive is a sign of their overall diminishing purchasing power. This means not only less for fuel and seed, but also for items such as clothes. Basically, for a farmer, it was easier to buy a car in the 1970s than it is now. Less income also means less taxes, which translates into fewer services and poorer infrastructure in rural areas.

Meanwhile, people have adapted, but not in the best ways. Like my mother, many others use off-farm income to make up for dismal farm revenues. Some farmers, in their attempt to keep incomes decent, scaled-up, and engaged in overproduction. Many others have simply quit.

While the MST is not perfect, there is something that their vision of agriculture teaches us. They do not use the language of parity explicitly in their demands, but they seek fair incomes. They struggle for public policies that strengthen local, sustainable markets. The movement also works to build communities with functioning schools.

Functioning schools are places where teachers do not have to work to keep a relative’s farm financially afloat. Moreover, policies allow for farmers to be paid enough as they feed people in their neighborhood, perhaps even the children at area schools. 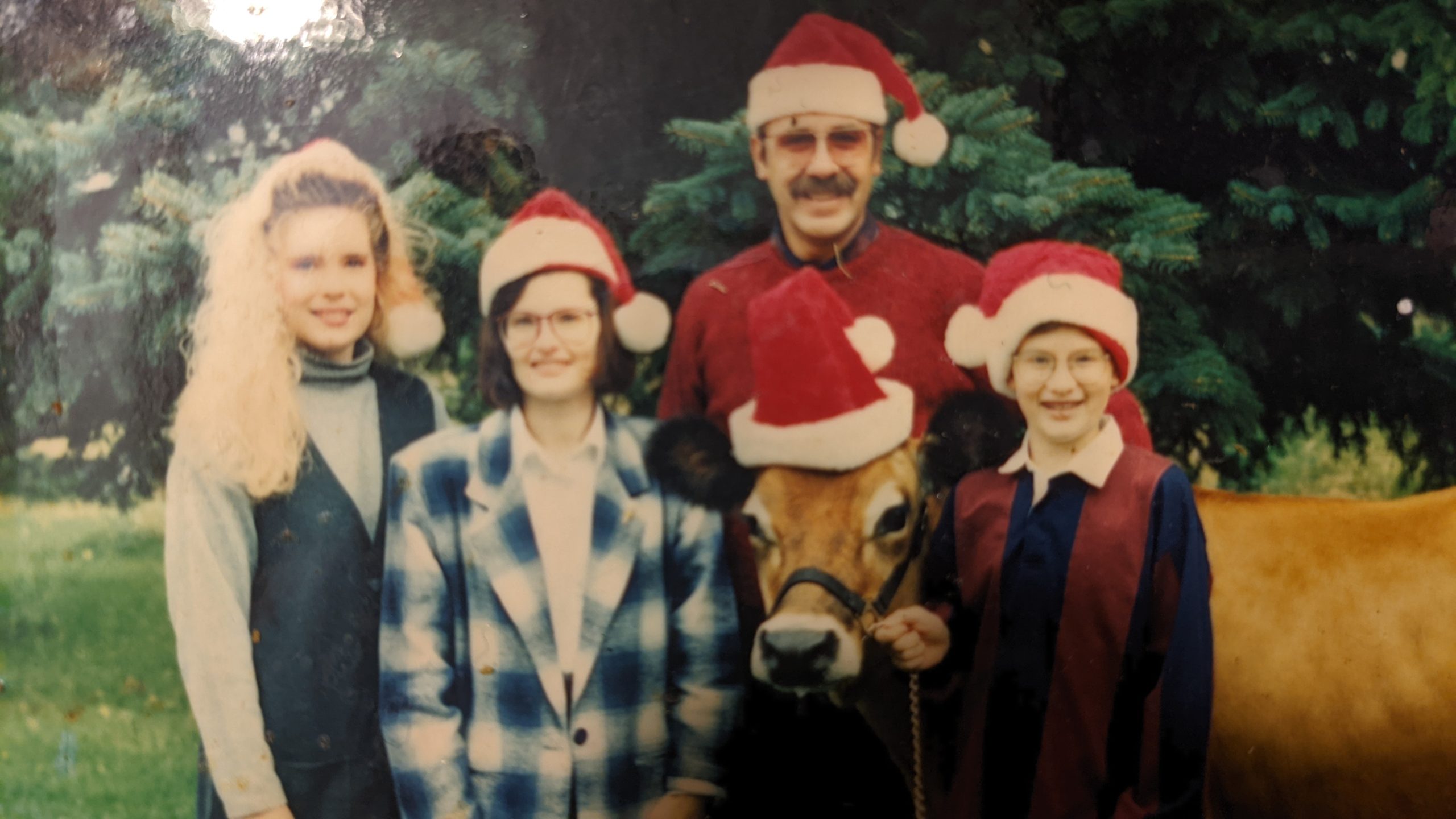 Photo by Author’s grandma. Pahnke family and one of Anthony’s prize Jerseys. Taken some time in the 1990s.

Perhaps just as important in this story is how the MST is willing to fight for these things. They demand land for farming, transforming large-scale unproductive operations into local, decentralized farms. We need policies that lead us in a similar direction; instead of driving wealth out of our rural communities, we need initiatives that allow us to thrive. This is why the call for parity is hopeful, seeking to keep families in the countryside and create opportunities for new farmers to work the land.

1This calculation is based on what are called the “basic commodities” in the Farm Bill, namely, wheat, cotton, corn, hogs, rice, tobacco, and milk.